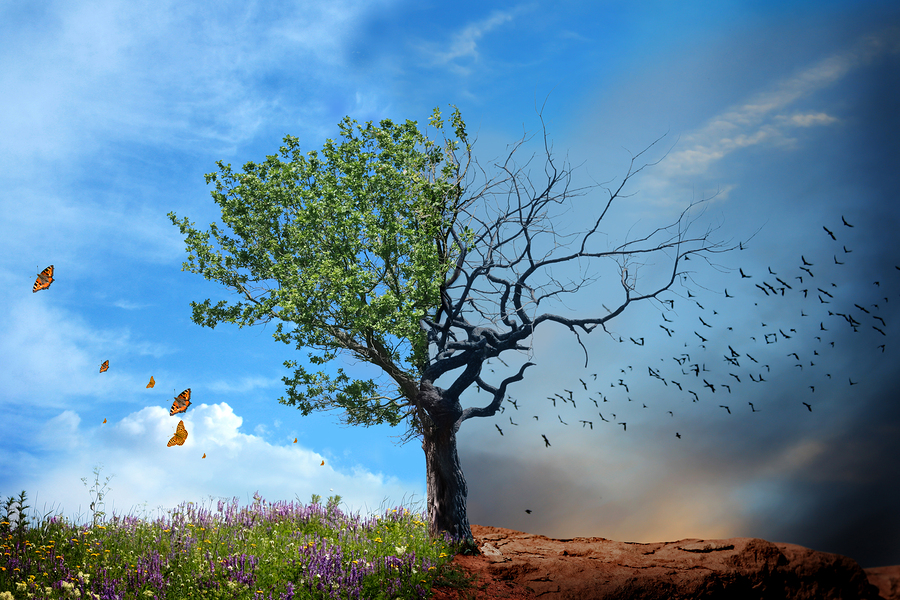 The Earth is now 1.6 degrees hotter on average than it was 100 years ago, and though that doesn’t sound like a lot, climate change is having real effects on waterways around the globe – even in your favorite fishing spot.

As climate change continues, you’re going to have to get accustomed to fishing conditions that are different from the ones you grew up with. Yes, even in the exact same spots. Warming waters in lakes, rivers, streams and the ocean spell big changes for the underwater habitats and the fish that live there.

Todd Tanner, a lifelong fisherman in Montana who spends nearly 2/3 of his time on the water, told National Geographic in this article,  “Over the last 20 or so years, we’re seeing this litany of shifts in weather patterns, and with them, a steady degradation in many of our rivers.”

If climate change continues on the path it’s been on, here’s how you can expect it to change your fishing experience.

Fish that love cold, clear water – like trout and salmon – are likely to decrease in number. When water gets warmer, it holds less oxygen. The less oxygen an animal has (fish or human) the less active it’s going to be. That means fewer fish overall from lazy breeding, and fewer bites from the fish that are left, as they’ll be too tired for much fierce feeding.

A higher temperature means less snow on mountain tops, which means less snow melt to fill streams and rivers. Also, with climate change comes changing weather patterns – more rain in some places and less in others. The more-dangerous-than-usual wildfires in California have been blamed on lower rainfall because of climate change.

More bacteria in the water

Warmer water creates a breeding ground for bacteria and parasites, which can sicken and kill fish and other wildlife. In 2005, a die-off of smallmouth bass was linked to the bacterial disease Columnaris in the Susquehanna Rover. Red tides that devastated the Florida coast this year were caused by hurricane-based flooding and warmer ocean temps – both which are linked to climate change.

As the temperature climbs, what was once a “peak season” for fishing is changing. In the Pacific Northwest, bass, salmon, and shad are migrating or spawning earlier in the year. In New England, it’s the same story with trout. So anglers will have to rearrange their fishing trip schedule to accommodate changing “peak” seasons of fish who have to adapt to warming waters.

Anglers are stepping up

Tanner’s love for fishing and worry about the future of our waterways inspired him to create Conservation Hawks, a non-profit that educates hunters and anglers on climate change and advocates for solutions to this global problem.

Tanner told National Geographic that anglers are the best equipped to see the impacts of climate change. “You can’t be out fishing for trout or bass around here and not notice the change,” he said.

6 Things to Consider When Booking a Chartered Fishing Trip

Why do I have to buy a fishing license?

Join the Bass Louie Club to GET A FREE STICKER AND TATTOO!

Check out our Newest Resource!